Careers Blog Home > This is How We Flex: Our Creative Team

This is How We Flex: Our Creative Team

At Foundation Medicine, we understand that flexible work arrangements do not need to be equal to be equitable. What is important is that every part of the organization is bold enough to rethink how, when, and where we work. Our flexible Work Policy, which rolled out in April, was met with excitement across the company. Over the past few months, employees have been incorporating flex strategies and schedules with their teams.

Spotlight: There’s No Shortage of Creativity from the Creative Team

Our Creative Director Katie was eager to adopt a flexible work schedule for the Creative Team as soon as the program rolled out in April. After attending the manager training and learning about various flex options, Katie initiated the conversation about finding a suitable flexible work week with her team. “I came to the team with ideas, because I believed that it was important that we take advantage of a program created for employees by our leadership,” said Katie.

The Creative Team shared Katie’s excitement for this opportunity, and they began to brainstorm potential schedule options. Eventually, they settled on half-day Fridays for the duration of the summer, as well as a compressed work week of 80 hours in nine days.

“It’s life changing,” said Marcia, Project Manager, who now enjoys having an extra day off near the weekend. “Katie went to the training and listened to what they said – to be bold and do something that’s right for your team.”

While each team member got to choose a day to have off every two weeks, Katie was initially concerned that people were going to assume the team was not very busy. However, the confidence that Katie has in her team has allowed their flex schedule to progress, “I feel like the designers know when their work is due and they will get it done before their day [off],” Katie said.

As with all new endeavors, the Creative Team experienced some challenges as they piloted their flex schedule. Their biggest concern was creating an efficient system to address unexpected and urgent changes in a project while someone is out of the office.

Their solution was to ensure that their phone numbers were in their out of office auto-replies. “Everyone also has an analogous person,” said Katie. “So, I think having a team with multiple people that do the same function is helpful.”

The team also created a schedule that shows which team members are working throughout the week, and it was shared with key stakeholders.

Senior Designer Richard believes that teams cannot just talk about creating a new flex schedule, but that they actually have to go for it. “We took it as a challenge to see what would work best,” said Richard. “It was hard in the beginning with the half-day Fridays, but you let it evolve and it will fall into place.”

Overall, the Creative Team’s flex schedule is running smoothly, enabling everyone to have more time with family, friends, personal appointments, and projects that inspire them.

“We are all busy and we all work hard,” said Katie. “But we can also understand that for us to be the best employee we can be, we should also take time for ourselves.” 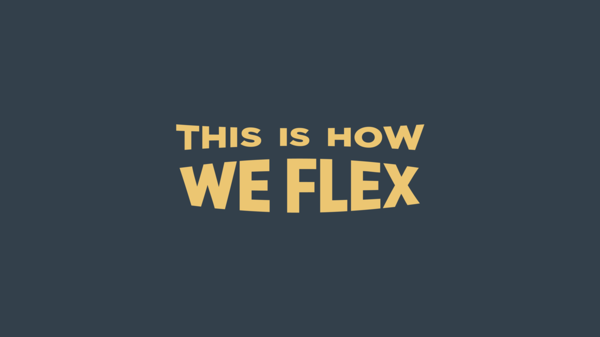 Biopharma 102378 Germany Germany Biopharma
About the Job The Senior Manager, Business Development - EMEA is responsible for developing and executing upon a comprehensive strategy in account acquisition, management and growth for FMI’s pharmaceutical and biotechnology partners and prospe...