Careers Blog Home > We Are Proud To Honor Our Veterans: Veterans Day 2022

We Are Proud To Honor Our Veterans: Veterans Day 2022

At Foundation Medicine, we are committed to supporting and empowering veterans, especially those who work as our colleagues. This Veterans Day, we are proud to share the stories of two of Foundation Medicine’s veterans, Matt, Federal Account Director, and Patrick, Manager, Environmental Health and Safety. They have both taken the skills they gained from serving our country and now use them to serve those impacted by cancer.

Matt served in the United States Navy from 1992 to 1995, primarily stationed at the United States Naval Base in Bermuda, which is no longer in use, and Naval Amphibious Base Little Creek, outside of Norfolk, Va. While he wasn’t involved in healthcare during his time in the Navy, he told a story of running the Bermuda Marathon after the corpsman, or medical personnel with his attachment, lamented that he was the only one in the group who was going to run it.

“I told him I would run it, but I hadn't trained for it. I ended up finishing the marathon. If you've ever seen Terminator Two, where the Terminator guy gets squeezed with this liquid ice and then it feels like parts of his body or just falling off – that’s the way I felt crossing the finish line.”

Patrick served in the United States Marine Corps from 1998 to 2004, spending four years as an active-duty member of the 1st Light Armored Reconnaissance Battalion, and then as a reservist with the 4th Light Armored Reconnaissance Battalion, during which time he was activated and deployed to Iraq for a six-month tour. He spent much of his time serving stationed at Camp Pendleton in Oceanside, Ca., and says that the time he spent there taught him to take in the beauty of the world and appreciate the little things. 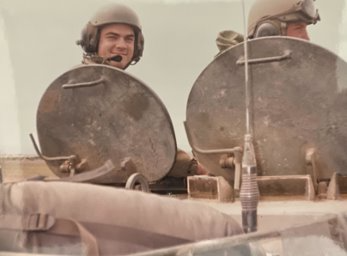 “It’s a beautiful base. There's this sweet forest-like smell that if I catch a whiff of it, it immediately takes me back there. I remember the gorgeous scenery, sunrises, and sunsets, and chats with my buddies – over time you begin to remember the beautiful things and fewer of the hardships of your time serving,” he explained.

For Patrick, being a part of history during his tour is also something that has stuck with him. “No matter what else I do in my life, I was there at that time, serving our country as history was being made,” he said. 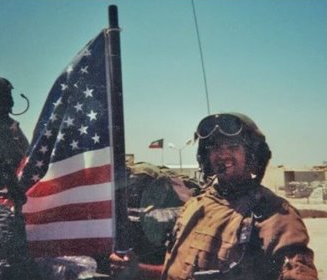 Both Matt and Patrick went on to have several jobs after they served in the military before they joined Foundation Medicine. Although they work in different areas of the business, they were both attracted to Foundation Medicine because it let their passions and skills shine. “I really appreciate the mission. I think I think everyone in the United States has somebody or lots of somebodies that have been touched by cancer,” Matt said. “I really liked the mission, I liked the company, and I liked the people as I was going through the interview process. So I projected as much passion about my work as I could throughout the process and I'm really glad I did,” added Patrick.

Matt currently serves as a Federal Account Director, working in the East Coast region to create access to precision cancer care options for patients, and removing barriers for our Commercial team. He describes his role as a mix of what a national account director and a payer account director would each be doing, working with providers from hospitals and insurance companies in his day to day, primarily focused on serving veteran populations. “I thought after the military that I would go in a different direction – that that was one part of my life and now I was entering a new one. But in my role, I get a chance to still work with the military and the VA (Veteran’s Affairs Hospitals), and it's such a heartwarming feeling,” he explained. 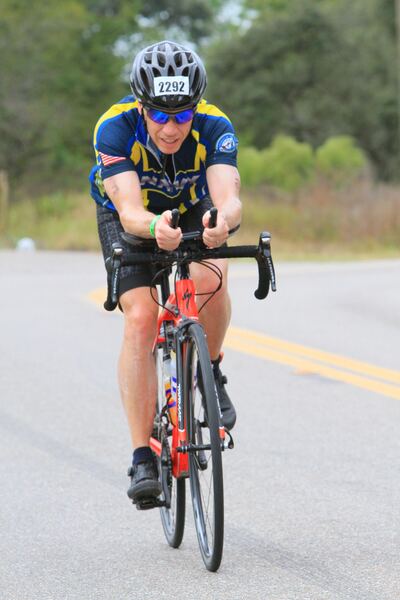 For Matt, bringing certain skills into the role he holds today was important. “When you join the military, there has to be a high level of discipline, accountability, action, and flexibility. When someone enlists in the military, that takes an enormous amount of courage, too. I think the combination of these attributes is incredibly valuable, especially here at Foundation Medicine in the work we are doing.”

Patrick is a Manager of Environmental Health and Safety for Foundation Medicine’s San Diego office. After serving in the military, he utilized the G.I. Bill to attend college, and after graduating, he discovered a way to channel his passion for helping to keep people safe into a career in safety.

“We do a lot of training – safety culture comes from training – so we train new hires, and we reinforce that training as much as we possibly can. The other part of my role is compliance and ensuring that we meet standards put in place by regulatory agencies. Getting out there in the lab is one of the best parts of my job, getting to see the work and science being done by my colleagues as I help to enforce our safety guidelines,” he said.

Patrick also brought a set of skills developed during his time in the Marine Corps with him to Foundation Medicine. “There are a lot of little elements. The Marine Corps really pushes small unit leadership, so being able to take charge of a small group and project confidence and leadership, that is something my experience really helped me with. I very rarely get stressed out. I’m also trying to constantly educate myself. It’s something that you have to prioritize in my current role, but that is also something from my past that that I still use today. Just constantly trying to better myself and improve my knowledge base.”

While Patrick and Matt each brought different experiences and skills into their different roles at Foundation Medicine, they both continue to be driven forward by our mission of transforming cancer care, and the potential of what the future holds. They are both proud members of one of our newest Employee Resource Networks, FMI Vets, which aims to advance Foundation Medicine’s commitment to Passion, Patients, Innovation, and Collaboration by building common bonds and identity across a diverse workforce. As veterans and veteran advocates, FMI Vets appreciate the impact that shared values and service orientation have on an organization and the outcomes it wishes to achieve. We are thankful to each of our veterans for their commitment to Foundation Medicine and the important experiences and skills they add to our teams. And we remain thankful to all of our veterans for their service to our country. 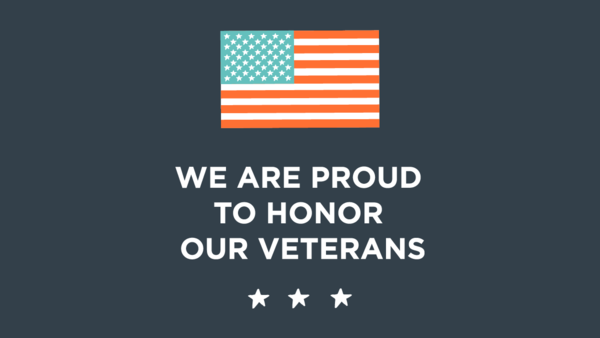 ctDNA-Research and Early Development 102354 United States United States R&D
About the Job The Senior Biostatistician is responsible for providing statistical and machine learning expertise for the development and validation of next generation sequencing assays that enable personalized medicine. This role requires creati...